April is an odd month for movies. With so many release dates postponed and productions on hold, there are only streaming and VOD options available this month. Nonetheless, we’ve gathered what we think will be worth your time over the next few weeks, as we all stay indoors and try to weather the pandemic storm. Remember: please stay safe!

Release Date: April 3
Director: Karim Aïnouz
Starring: Julia Stockler, Carol Duarte
Screened as part of the Un Certain Regard section at last year’s Cannes Film Festival, Invisible Life follows two sisters from Rio de Janeiro. After a lie separated them early in life, the two grow up thinking the other is living a wonderful life in some distant country, as both struggle to live in an increasingly patriarchal and bigoted time. The film was selected as Brazil’s submission for Best International Film at the most recent Academy Awards, but was not nominated.

Release Date: April 10
Director: Alan Yang
Starring: Tzi Ma, Christine Ko
A generational story that spans two countries, Tigertail follows Grover, a young man who leaves Taiwan for the opportunities of America. As he lives in life in the United States, starting a family and watching his daughter grow up, Grover looks back on what he left behind in his beloved home country. Through this, he and his daughter, Angela, grow to understand each other. 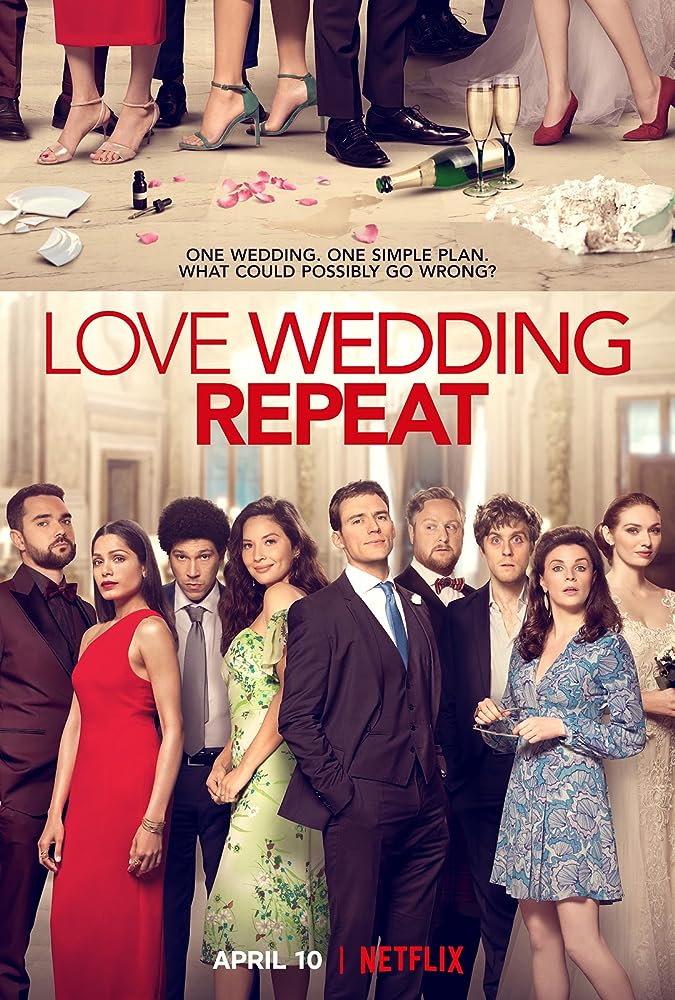 Release Date: April 10
Director: Dean Craig
Starring: Olivia Munn, Sam Claflin
Nothing helps a quarantine like a rom-com, and Netflix is beaming one right into our living rooms this month. Love Wedding Repeat features Claflin as Jack, who runs into a former love named Dina (Munn) at his sister’s wedding. Also starring Frieda Pinto (Slumdog Millionaire) and directed by the writer behind both versions of Death at a Funeral, the movie should be a fun diversion during these times.

Release Date: April 24
Director: Same Hargrave
Starring: Chris Hemsworth, Randeep Hooda
Thor goes Bollywood (kinda) in a thriller written by the Russo Brothers, directors of the last two Captain America and last two Avengers movies. Directed by Sam Hargrave, who has worked stunts on several Marvel productions, Extraction follows mercenary Tyler Rake (Hemsworth), who’s been hired to rescue the son of an international crime lord. The son’s been kidnapped by some dangerous people and it’s up to Rake to survive his deadliest mission yet.
What are you looking forward to checking out in April? Are you going to be heading into the theaters? Or is there something on Netflix you’re excited for? Let us know on Twitter and Facebook. And don’t forget to tune into The Watchmen for our podcast reviews of the best movies of the year.