That’s right! We are covering two weeks of numbers to make up for no article last week. Sorry about that by the way… I was house hunting out of state for an upcoming move. 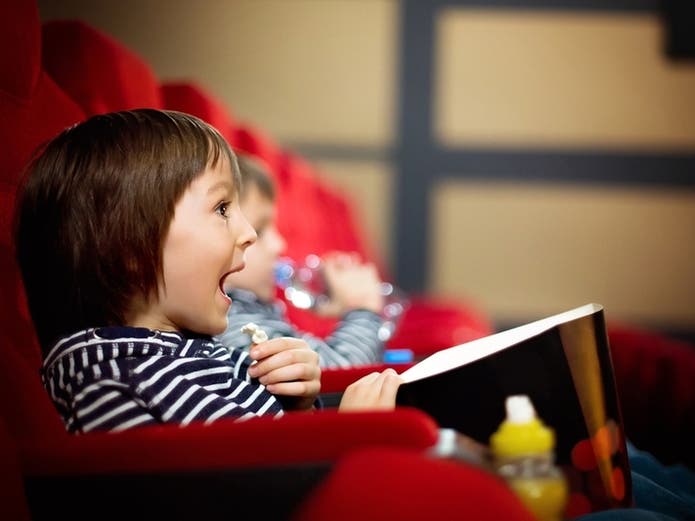 AMC wants you back. So when the theaters open again this week tickets will sell at the same prices they did when the theater chain opened in 1920 100 years ago. The unbelievable prices will only be available for one day, August 20th and no new movies will be showing only classics. The theaters are also implementing various safety measures to make sure guests feel comfortable amid continuing Coronavirus concerns. After opening Thursday tickets will only go up to $5 for a short time to further incentivize attendance. Are these dramatic prices low enough to get you back to the theater? [Patch] 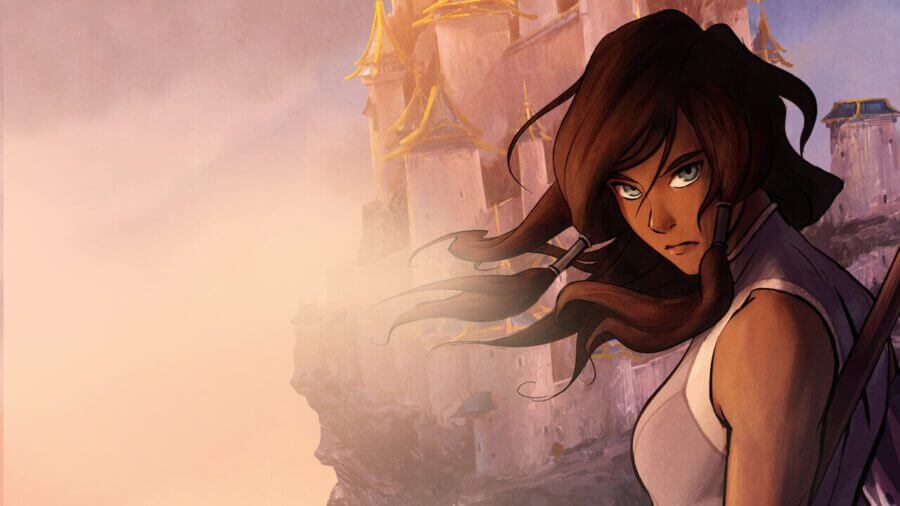 Earlier this summer the Nickelodeon show Avatar: The Last Airbender broke the Netflix record for a show or movie spending the most consecutive days on their Top 10 list, remaining on the list for 61 days straight (and returning occasionally after its streak). Last week the sequel series The Legend of Korra was added to the streaming giant’s platform and within a day it made its way to the Top 10 list. The sequel series is often more criticized than the original, but it is still a great show. I would argue that Aang’s tale is more consistent, but that Korra’s story has higher highs and lower lows. Either way you should watch both of them if you have not yet seen them. Actually if you have seen them you should watch them again, let us help The Legend of Korra at least tie the record for time on the Top 10 list. [What’s on Netflix] Lots of Avatar news going on these days. In September 2018 Netflix announced plans they were working with the beloved show’s creators to make a live action version of the TV show. Fan reaction was mixed. They had already been burned once by a live action adaptation in The Last Airbender (2010) a failure of an adaptation and a universal low point in cinema. But given the involvement this time of Michael Dante DiMartino and Bryan Konietzko, the shows original creators, most fans held out hope this time things would be different. Well last week the creators announced they were stepping away from the project because of creative differences. There are rumors the main reasons they left was due to Netflix wanting to cast white actors in the lead roles and wanting to age up the show making it more graphic, sexual, and violent. Both of these ideas describe a show that is not Avatar, so fans are more than disappointed. [Digital Trends]

Last year LEGO’s film partnership with Warner Brothers expired setting up the toy empire to shop around with their lucrative movie rights. This last week they found a new home in Universal. This means we could get LEGO monster movies, LEGO Jurassic Park movies, among other things. Wait a second, Universal is also Nintendo’s movie partner. And earlier this year we got Mario themed LEGO. Could this mean a LEGO Mario movie could be in our future? I would not complain. I might be nervous, but I wouldn’t complain. [Deadline] 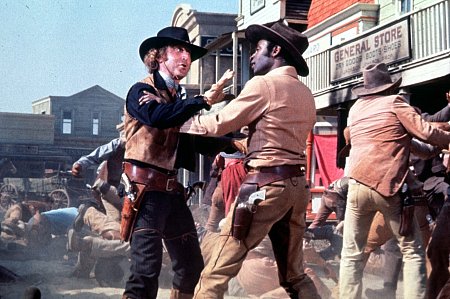 HBO Max brought the western parody film Blazing Saddles to its platform last week. Along with the film came an introduction video intended to give context for the film similar to the one given to Gone with the Wind earlier this year. Although I would appreciate it if all films got this treatment of a film professional introducing films and providing information and context before the film plays, I find it a little troubling that the current approach is to only give this treatment to films with racist undertones (even when those undertones are clearly comedic and ridiculed in the film). [Vanity Fair] Two weeks ago Disney broke my mind by announcing that the live action remake of Mulan would release day and date with its limited theatrical release as a Premuim Video on Demand rental. This is the first Disney blockbuster to do so and seems like a surprising film to break the mold with. It would make more sense to do this with Black Widow since there are multiple films that cannot release until after that one does and there are no sequals or other films waiting on Mulan that we know of. Even more mind bending for me is that price… Yikes! Count me out! [Vulture] 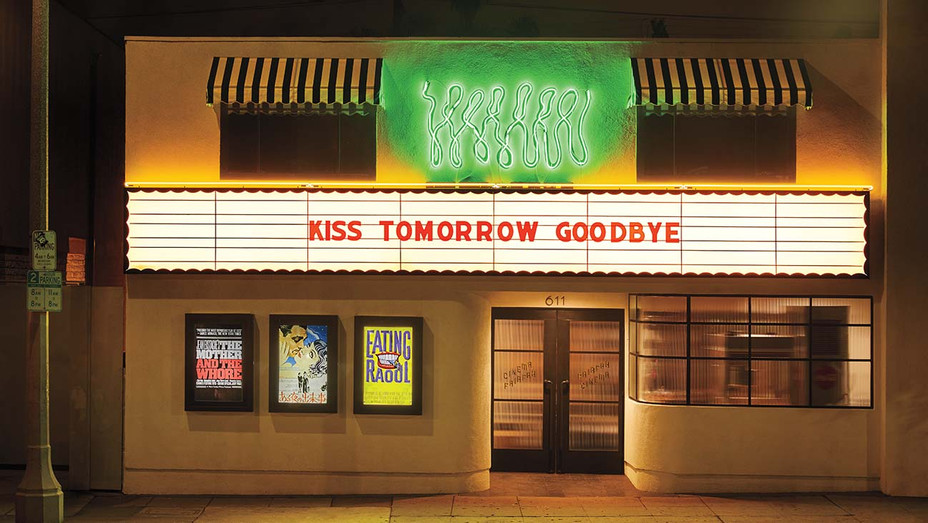 In 1948 the supreme court made a decision on the case United States v. Paramount Pictures that in simple terms made it illegal for movie studios to also own movie theaters and distribute their own films. 2 weeks ago that decision was effectively overturned by a US District Court Judge. This decision will create waves in the already struggling to survive theater industry. With AMC’s recent deal with Universal Studios things were already changing, this decision is perhaps only speeding up the clock. Lets just hope that people keep the Netflix and Chilling at home and do not bring that activity to the inevitable Netflix owned theater chains. [Hollywood Reporter] 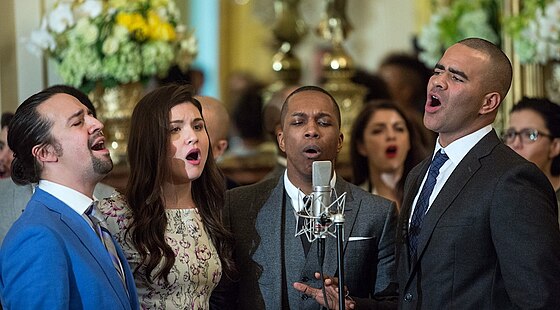 Hamilton proved to be just the hit that Disney has needed to push Disney+ over the top. According to 7Park Data 3 times as many people streamed the recorded stage play than the next most streamed program (Unsolved Mysteries on Netflix) in July. This is huge news for the Mouse, but bad news for me. You see when I went to watch Hamilton so I could remain hip and in the know I found out Disney+ stopped offering their week long free trials. This is sad because I only ever had 2 free trials and I normally use 3 or 4 before keeping any service. [Variety] 2021 Launch for Halo Infinite after Delay

Microsoft and 343 Industries have announced they are delaying the launch of Halo Infinite. The title was meant to be a launch title for The Xbox Series X. Despite the hiccup Microsoft has confirmed they will not be delaying the launch of their final flagship system. Microsoft was already fighting an uphill battle against Sony and the PlayStation 5 and with this setback their launch lineup looks pretty paltry even before comparing against the competition. To me this just further proves that for Microsoft the future of gaming is in the cloud and not on a console. [The Verge]