16 Days off the Streaming Platform

Gone with the Wind is back on HBO Max. Earlier this month the new kid on the streaming block pulled the world’s highest-grossing film of all time (adjusted for inflation) from the platform in reaction to internet pleas that the film is racist and reinforces negative race stereotypes. The film has long been criticized for romanticizing life in the pre-civil war in the Southern United States. The film will now play with a message from Turner Classic Movies before the film discussing the film’s success and detailing some of the problematic themes in the picture. [Slate]

I am a huge fan of this approach! I have never watched Gone with the Wind from beginning to end (but I will be doing so this week in preparation for the next podcast episode at ShiftingExpectations.com) so I personally cannot speak to its racism nor to whether or not it is a good movie or a bad movie. However, I am grateful that I and others will be able to easily stream this significant piece of cinematic history and likewise wrestle with its place in American culture. I hope and expect that the new prologue message will help to inspire new conversations for future viewers of the film.

The showrunners for 30 Rock, Scrubs, and The Office (Tina Fey, Bill Lawrence, and Greg Daniels respectively) each requested that NBC remove entirely or edit episodes of these 3 hit sitcoms of the 2000s that included actors in blackface. This move began with 30 Rock and the following statement from Tina Fey, “As we strive to do the work and do better in regards to race in America, we believe that these episodes featuring actors in race-changing makeup are best taken out of circulation. I understand now that ‘intent’ is not a free pass for white people to use these images. I apologize for the pain they have caused. Going forward, no comedy-loving kid needs to stumble on these tropes and be stung by their ugliness.” [USA TODAY]

I am of two minds about this. On the one hand, I worry anytime we try to delete the past or cancel someone because of a mistake they have made as opposed to taking the time to learn together as a society and use our past mistakes as a way to educate and move forward together. On the other hand, I applaud these artists for learning from their past mistakes and attempting to make amends by protecting people from being hurt by their past actions in the future. Given this decision has been spurred on by the artists themselves I support their decision, had it been a corporate or mob driven deletion it would give me pause. I guess I lean more towards the Gone with the Wind approach detailed above.

Would you look at the size of this thing!? YouTube’s Xiao NingZi decided that with the PlayStation 5 and Xbox Series X both getting so much attention for their larger sizes that the Nintendo Switch needed some mega-sized love. So, she took it upon herself to create a “Mega Switch Pro XXL Super Big” or Switch SB for short. The system she built is fully playable with a screen that is nearly 4 times the size of the standard Nintendo Switch model. She included an extra battery pack in her build to make sure the system would still output to her larger screen and so she was not compromising on battery life. Honestly the only this it seems like she did compromise on was the ease of handling, this behemoth looks difficult to hold and to lug around! [Nintendo Soup]

Yes, I know the above video is in Chinese, not English. No, that does not make it any less incredible! It is still an interesting watch to see how she made the machine and to look at people’s reactions when she plays the system in public. If this is what the rumored Switch Pro will be like I don’t think I want one. Don’t get me wrong it looks incredible, just too unwieldy to play! I promised more Pokémon news in last week’s Nerd Numbers column and I am here to deliver. The 2nd Pokémon Presents this month was even more controversial than the first. The most dedicated Pokémon fans generally agree on two things: first, this presentation should not have been its own thing and should have just been a part of the first Pokémon presents from a week prior, and second, the announced Pokémon Unite looks fine. Pokémon Unite will be a League of Legends style game where Pokémon take the place of the playable Heroes. [The Verge]

I am no League of Legends player but this seems interesting enough. I will reiterate what I wrote a week ago, the Pokémon fans that are upset with this announcement have once again set their hopes too high. 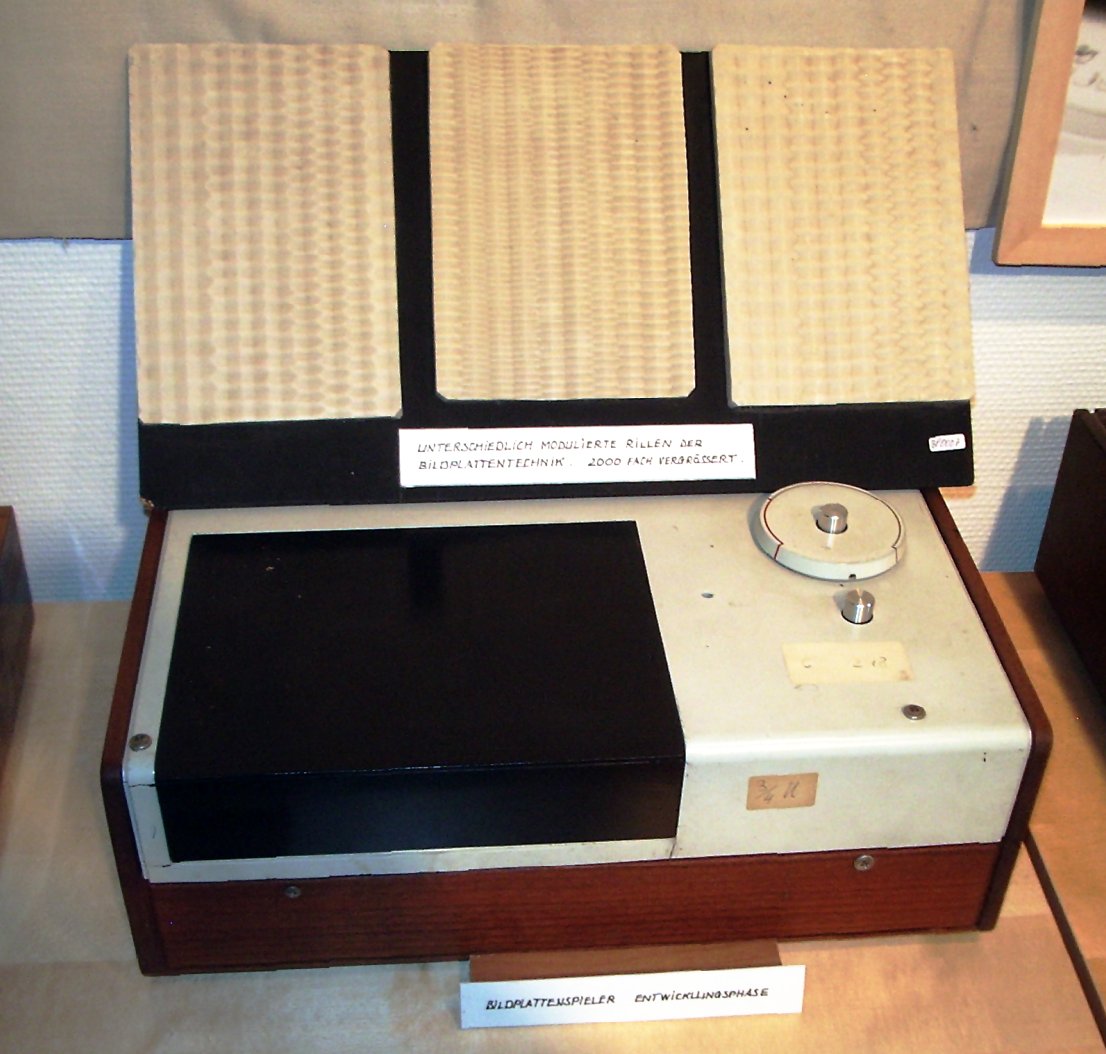 On June 24, 1970, Teldec (a German and British company) introduced the first video disc, the Television Electronic Disc (TeD), and videodisc player, the Bildplattenspieler (pictured above). These 8-inch foil discs could hold about 5 minutes of video data at the time and by the time they were made available to the public in 1975 they could hold up to 10 minutes of color video. The technology never caught on and was unable to compete against the new VHS technology of the time. [Museum of Obsolete Media]

Given the digital age we are living in today I wonder how soon the descendants of the TeD: DVDs, Blu-Ray, and UltraHD Discs will soon join the Museum of Obsolete Media. Truthfully the TeD was ahead of its time in format, but the technology was not there. 10 minutes of colorized media were not worth the cost of entry in the 1970s.