Facebook
Twitter
Tumblr
Experts project Nintendo will sell 40 Million units by the end of 2020. This would make it worse than the Wii in sales, but well ahead of the Wii U, which only sold 13 million units.
In this series, we examine how the Switch can be a mega success comparable to or better than the Wii. Each article explores how Nintendo can compete in different spaces to help the Switch beat the Wii. In the last article we examined the importance of the Nintendo Switch’s portability and decided it was a clever gimmick for Nintendo to bet on, yet there are ways Nintendo can improve on it to make it more immersive. This article, we will focus on the apps that can make the Nintendo Switch more appealing to consumers and improve their gaming/life balance.

At this point, the Switch is just a console. You can use it to play games, buy games, and read news from Nintendo about the games you can buy. Apart from the screen capture tools that let you quickly share game pictures to Facebook and Twitter, there are no Apps on the Nintendo Switch. It has been alarming to many people that the Switch does not have an internet browser nor can it be used to watch YouTube. Nintendo of America’s President Reggie Fils-Aime has said on the topic “We’re talking to a range of companies about other services, companies like Netflix, Hulu, Amazon — things that will come in time. In our view, these are not differentiators. What differentiates us is the way you play with the Nintendo Switch and what you can play. And that will continue to be our focus into the future as we continue driving this platform.” I generally agree with the President’s sentiment, but I also believe good apps for the Nintendo Switch have the potential to make the system a “must have” as opposed to just another gaming option. Here are a few apps the Switch needs.

Most systems have some sort of Internet Browser. It is a little surprising that the Switch does not, considering it is the first Nintendo system with a multi-touch screen. I think for a browser to actually succeed on the Switch it needs three features. First, it needs to work like the Nintendo 3DS browser and be usable while you are mid-game without requiring the game to be closed. Second, the browser needs to have parental controls that are flexible and controllable via the Switch’s cell phone app for parents. Finally, it needs to allow multiple open browser windows that can be locked for viewing when offline. These features will make the browser a tool that enhances gaming on the Switch and makes taking the system on the go more appealing, by allowing users to read articles they began with an internet connection when they go offline.

Netflix and other Video Streaming Apps

Last year Netflix launched the Netflix On The Go feature that allows you to download shows to watch while offline. This feature may as well have been designed for the Switch. Netflix and Nintendo should take advantage of this unique pairing of a device that has internet capabilities but no data access and a service that exists, so users don’t need to use their data devices to watch shows and advertise the pairing together. This app advertised with this feature would offer Netflix users a cheaper than a tablet option for their Netflix On The Go needs, that also plays games, how convenient! It is a very attractive coupling. Other video streaming apps could also benefit the Switch, especially if they have plans for their own on the go features.

The Nintendo 3DS tells you exactly how many minutes you have spent in every game and every app you have had on your system. The Nintendo Switch currently just gives you information on the number of hours you have played your games. An app that not only tells you your exact play times but also helps you manage your time, in general, could be a game changer for the Switch. Gamers are known to be addictive in their consumption of good games, even to the extent that they miss other appointments because they don’t notice time passing as they play. Missing deadlines and important events can actually hurt your personal and professional life, and although typically people can keep track of these things on their own, it wouldn’t hurt to have some help. Nintendo’s organizational App could let you input your important events and deadlines into your Switch and set reminders for them. That way when you have a report due in class tomorrow your Switch can display a reminder for you while you blast in Super Bomberman R, so you don’t risk forgetting to complete it. Or when you are in an engrossing level of Super Mario Odyssey, and you have a dentist appointment in 30 minutes your Switch can display a small reminder on the screen, so you can pause, save your game and get on your way to get your teeth cleaned. On second thought, the dentist is no fun, just keep playing that food level of Super Mario. 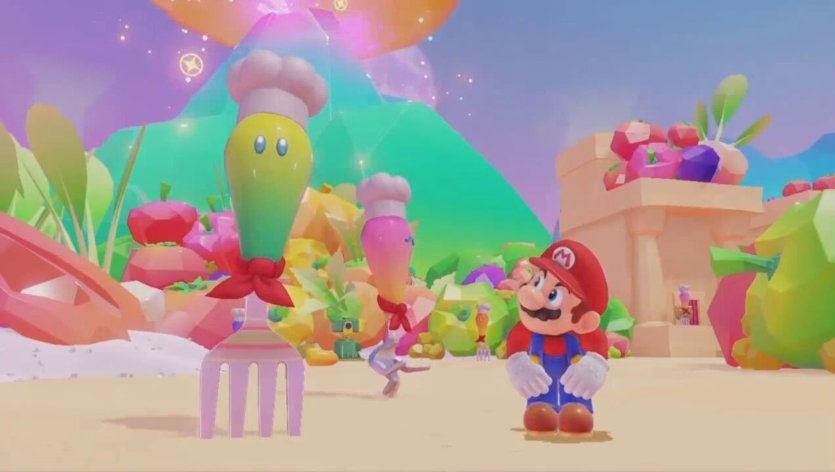 Have you ever been gaming, only to get a phone call or text, try and check your phone while playing, see that it wasn’t an urgent call, turn your full attention back to the game only to realize you have been splatted or have walked off an edge to your doom? How about the opposite? Have you ever been gaming and later found out that you missed an important phone call because you didn’t notice your phone ringing while in an entertaining game moment? This app would sync with your phone via a phone app to display incoming call and text message information discretely across the top or bottom of the Switch so that players can quickly glance and determine if the call is urgent enough to stop gaming for or if it can wait. This app was rumored to be built in with the Switch back in the days when the system was still going by the NX code-name, and it is disappointing that this story hasn’t turned out to be true yet.

In the last article, we discussed how for the Switch to really take off people need to play the Switch with each other while on the go. This app would help facilitate this. It would allow you to make your general location known to other users with the app. You may be wondering how this could be possible without the Switch having GPS, it could use a cell phone and WiFi connections to get and give this information. You could even have a sister mobile phone app that might help people set up impromptu gaming sessions with other Nintendo fans, even those who don’t have a Switch of their own. This mapping app could also show users all the places they have taken their Switch and track where people play the Nintendo Switch in general. Although not necessary, this information would be fun to see, especially displayed on a map.

The Nintendo Switch will always be console first, but these apps could make it a console that fits more perfectly into the lives of its users. Other apps would be great on the Switch, but these are the ones that will enhance the overall Switch experience. If Nintendo wants to make Nintendo gaming a part of everyday life in a similar fashion to how cell phone gaming is, then these apps are the way to do it. Are there any other apps you want to see on the Nintendo Switch that would improve your gaming/life balance?