Blistering action and a solid lead performance overcome a relatively trite story. This makes Extraction one of the better action movies from Netflix. 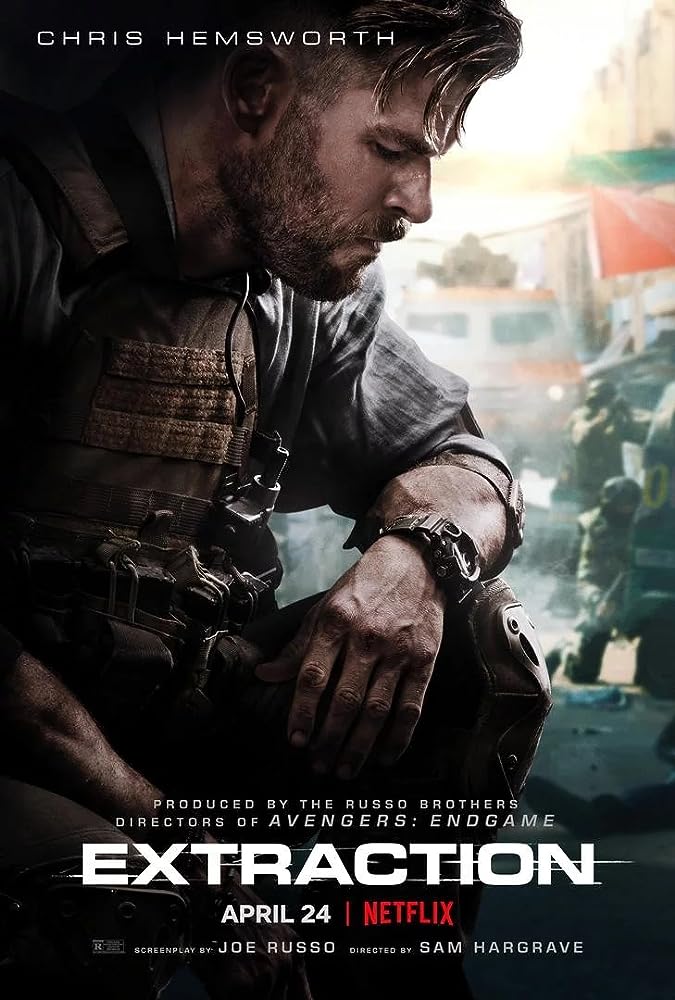 Tyler Rake (Chris Hemsworth) is an Australian mercernary hired by Nik (Golshifteh Farahani) to extract Ovi Mahajan (Rudhraksh Jaiswal), the son of an incarcerated Mumbai drug lord. The boy’s been kidnapped by Amir Asif (Priyanshu Painyuli), a rival drug lord in Dhaka. As Rake and his team work to extract the kid, Ovi’s guardian Saju (Randeep Hooda) has been dispatched by Ovi’s father to bring him back.

First-time director Sam Hargrave does a good job with the action. A setpiece about halfway through involves a one-take shot through a car chase and a pursuit through a multi-level housing project. It’s no 1917, but it’s good enough. It’s certainly better than the over-choreographed ballet of the John Wick sequels.

Pacing flags a bit in the second act. The effort to inject some character development is appreciated, but the writing is clunky and the momentum grounds to a halt. The screenplay is credited to Joe Russo, co-director of the last two Avengers and Captain America movies.

These character scenes should’ve been better integrated into the propulsive action of the movie. Doing so would’ve the movie about 10 minutes tighter and been better for it. Still, these are relatively small complaints. People will come to Extraction for the action, and Hargrave (a former stuntman himself) more than delivers. 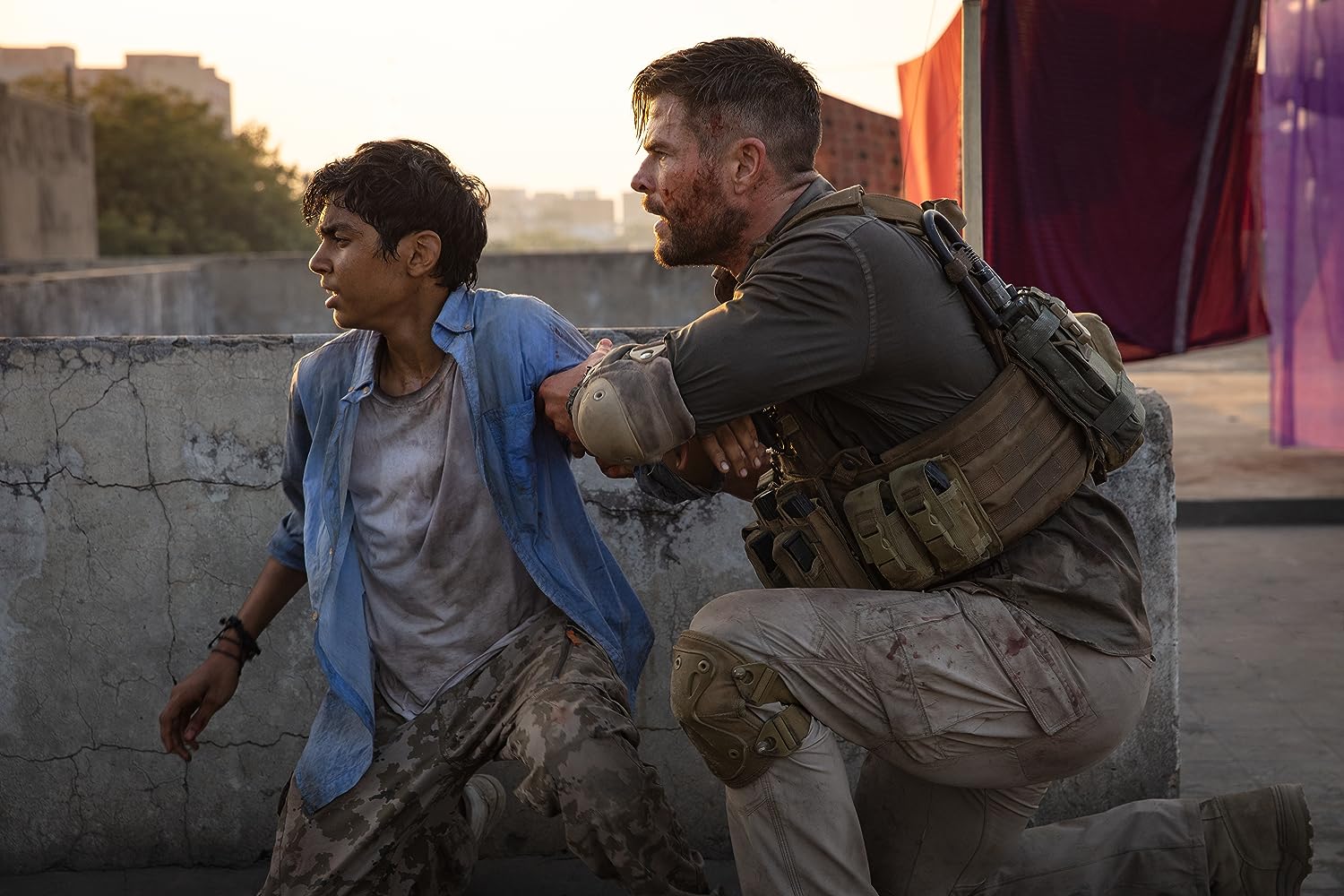 Hemsworth continues to prove himself a capable leading man when given the right material. Even when the movie surrounding him isn’t great, Hemsworth manages to emerge unscathed. Bollywood actor Randeep Hooda is also excellent, mostly matching Hemsworth with the action and the dramatics. Jaiswal is solid as Ovi, not called on to do much beyond looking scared and running a lot.

David Harbour makes a brief appearance halfway through, playing exactly the type of character you’d expect him to. Farahani has a thankless part, but does her best. The villains are only asked to sneer and be menacing, which they do well. 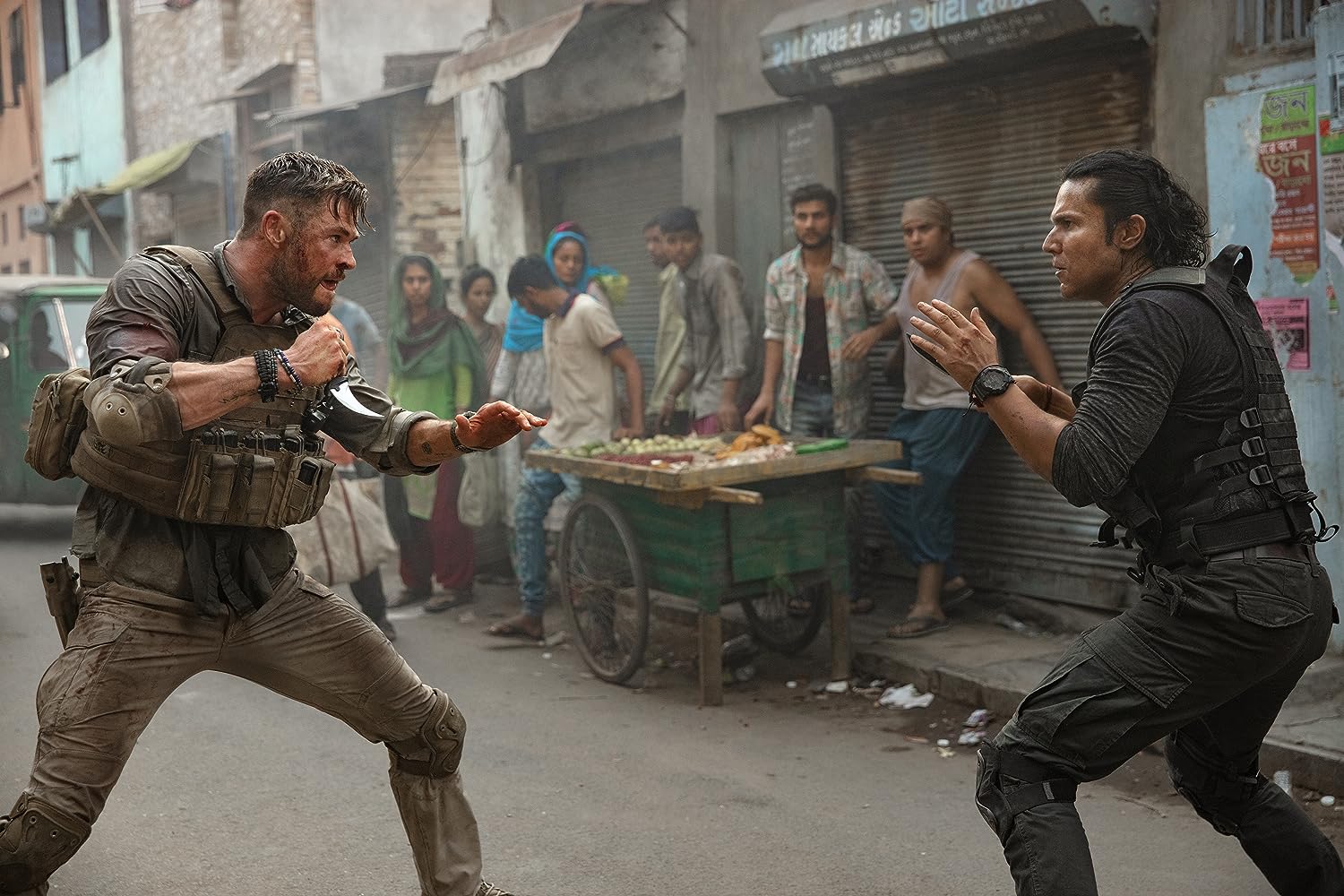 Lensing by Newton Thomas Sigel is fine, aside from the yellow filter applied to the outdoor Dhaka scenes. Editing by Stan Salfas is also good, aside from the aforementioned pacing issues. The movie also opens with a flash-forward that could’ve been deleted. Henry Jackman and Alex Belcher provide a generic score. Production design is nice; India and Bangladesh feel real and it’s nice to see India depicted by Western media in a way that doesn’t just emphasize poverty. (The 1990s Bollywood songs are another nice touch.)