Despite being overlong and often overwrought, Paul Greengrass’ film detailing the events and aftermath of the horrific Norwegian terror attacks of July 22, 2011 offers a disturbingly timely meditation on xenophobic extremism.

22 July offers a painstaking recreation of the days’ events, showing Anders Behring Breivik (Anders Danielsen Lie) meticulously preparing his attack on the Labour Party government that he blames for allowing an influx of immigrants that are destroying the identity of Norway. Breivik’s attack consists of detonating a car bomb near the residence of Prime Minister Jens Stoltenberg (Ola G. Furuseth) and, while posing as a police officer, attacking a Workers’ Youth League summer camp on the island of Utoya, where he guns down 69 innocent children. The 77 casualties is the largest death toll in Norway since World War II, and launches a political, legal, and social crusade to understand why the attacks happened.

The first half-hour of 22 July is devoted to the attack itself, and is gut-wrenching to watch. Greengrass is no stranger to dramatizing the most trouble of real-world events — he launched his career with 1998’s Bloody Sunday, earned an Oscar nomination for Best Director for his incredible work in 2006’s United 93, and most recently, depicted the Somalian pirate hijacking of the Maersk Alabama in 2013’s Captain Phillips — and the work he does here shows the director working at the top of his game. It’s horrifying to watch Breivik gun down children in cold blood, hearing their screams and seeing the bullets pierce through them. Greengrass does not shy away from showing the depravity and tragedy of the events of that day, but this isn’t exploitative; rather, the horror that the audience experiences weighs heavily on the rest of the films’ events.

Much of 22 July focuses on one survivor of the summer camp, Viljar (Jonas Strand Gravli), who survives multiple gunshot wounds and spends months regaining his ability to walk and resume something resembling a normal life. As Breivik’s case unfolds, Viljar is presented with the opportunity to speak in court and face his attacker. If the attack itself and its political/legal fallout form the brain of the film, Viljar’s journey forms its heart.

It’s commendable that Greengrass attempts to put a human face to the carnage of 22 July‘s events, but the movie’s solution is arguably too facile. By standing up to extreme hate, we can defeat it. That’s obviously a good message (The Last Jedi also essentially boils down to the same thematic undercurrent), but it’s a gross oversimplification of a complex problem. The screenplay, which Greengrass wrote himself, has a pattern of undernourishing potentially fascinating subplots like this. 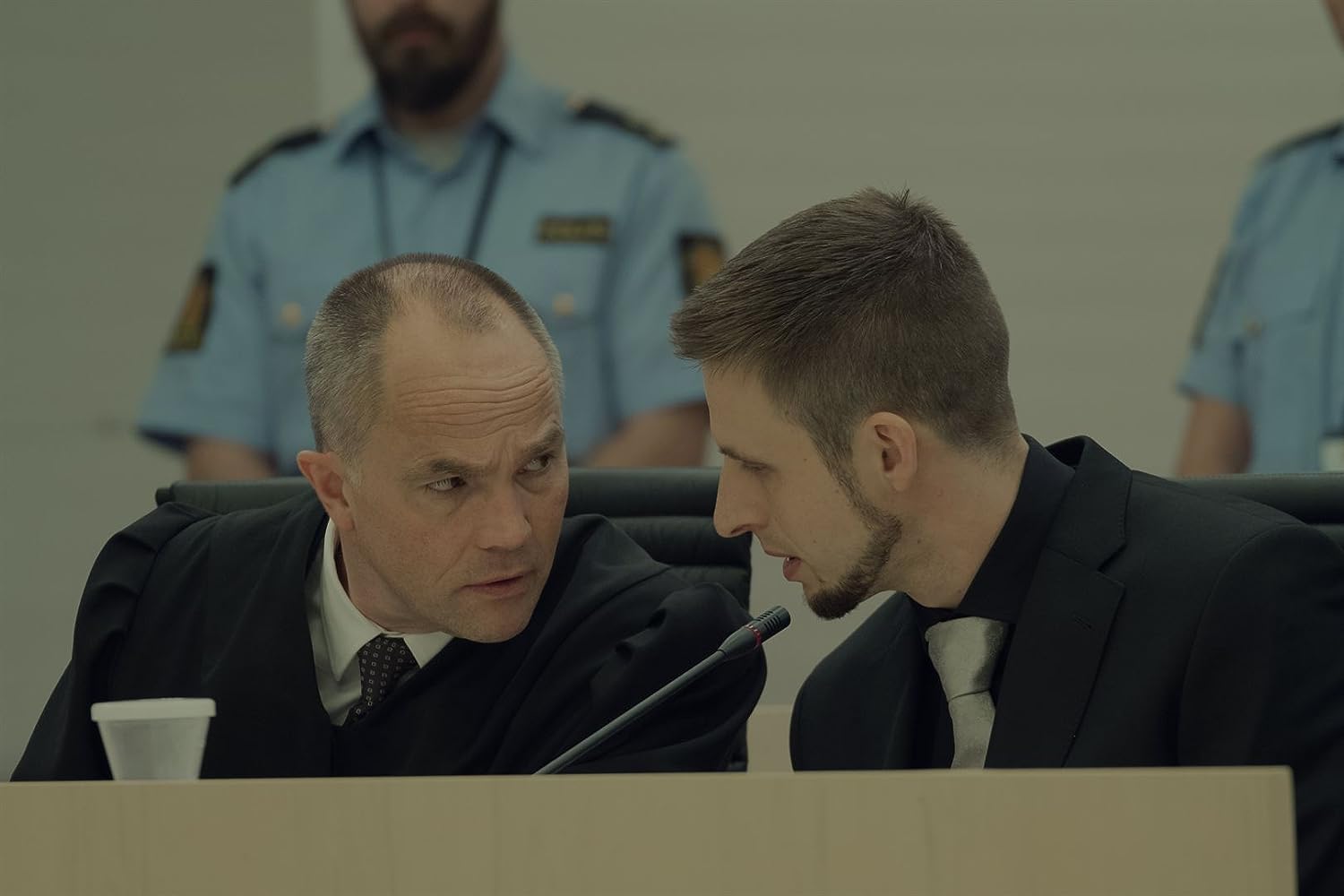 Another example is that of Breivik’s lawyer, Geir Lippestad (Jon Øigarden), who reluctantly takes the thankless task of defending a domestic terrorist due to his belief that everyone is entitled to a fair trial. Covering similar ground to 2015’s excellent Bridge of Spies, Lippestad faces death threats at his home and is forced to take his child out of school due to her presence there being a potential threat to other children. This is interesting material, but Greengrass undercooks it, paying it mere lip service rather than really fleshing out the inner turmoil that Lippestad is going through. His climactic moment (a handshake with his sociopathic client) feels unearned; at that point, one wonders why Greengrass bothered to include the subplot at all if he was going to give it such a short shrift.

Which leads to the movie’s biggest issue: at around two hours and 20 minutes, it’s far too long. There are copious extraneous scenes involving Lippestad and Viljar (among others) that could’ve easily been excised without the movie losing any of its narrative or thematic potency. For a filmmaker like Greengrass, who excels at cutting his films down to the bone for maximum visceral impact, it’s odd to see him floundering so wildly in editorial waters. By the time the film reaches its courtroom climax, there’s less a sense of dramatic crescendo and more a feeling of narrative inevitability.

Nonetheless, 22 July offers mostly solid and occasionally spectacular filmmaking from all involved. The cast, comprised entirely of Norwegian talent, offers fantastic performances. Tech credits are also impeccable, with Pål Ulvik Rokseth’s sterile cinematography evoking the chilliness of Norway’s climate and landscape (in more ways than one). The score by Sune Martin is also worth mentioning for its evocative simplicity.

22 July represents Netflix’s first major release of the 2018 awards season. Seen through that lens, I’m not sure if this is really going to be a serious contender in any major categories. It’s too much of an ensemble piece for any performances to merit attention, and it’s too long to be in the mix for editing. An Adapted Screenplay big could yield results, but even that’s a stretch. Nevertheless, 22 July shows that Netflix is seriously committed to improving its original film slate, and bodes well for upcoming releases like Roma and The Ballad of Buster Scruggs.