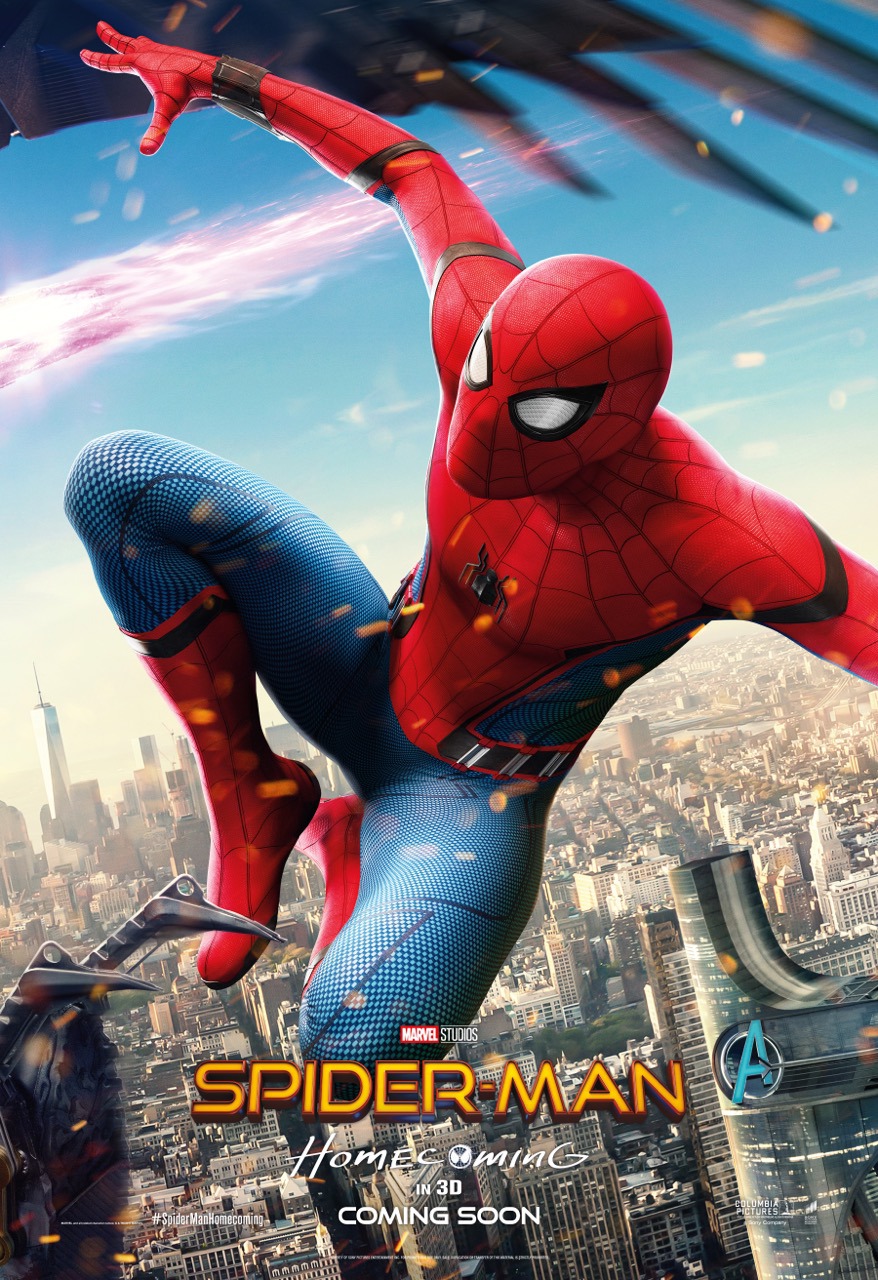 Spider-Man has had a rough history on the big screen on the path to Spider-Man: Homecoming. What started off as a match made in heaven, with two stellar entries directed by Sam Raimi and starring Tobey Maguire, quickly morphed into a nightmare. Spider-Man 3 became overstuffed with undercooked villains and jarring tonal shifts, the unnecessary reboot took a great cast and squandered it by telling essentially the same story all over again with more modern trappings, and while The Amazing Spider-Man 2 has some genuinely great things about it, the movie got too bogged down in world-building to focus on the task at hand: telling a good Spidey story.

As far as the big studios go, Sony hasn’t been hitting it out of the park recently. So credit must be given where it’s due: the bombshell announcement that they’d be sharing Spider-Man with the Marvel Cinematic Universe brought a collective sigh of relief from fandom. And from his brief appearance in last year’s Captain America: Civil War, it looked like the web-slinger was back on track. But does a few minutes of screen time really mean that Spider-Man on the silver screen is back where he needs to be?

Thankfully, yes. Spider-Man: Homecoming is the best Spider-Man film in 13 years since Spider-Man 2 changed the still-nascent cinematic landscape for comic book films. Homecoming is fresh, exciting, thrilling, funny, and supremely satisfying. That it has a few issues is almost beside the point — this is a triumphant return-to-form for one of pop culture’s greatest icons, and that in itself is a reason to stand up and cheer.

Fresh off his big debut with The Avengers in Germany, Peter Parker’s itching to get back into action with his new friend Tony Stark. The only problem is that Tony sees Peter as more of a low-level guy, not yet ready for time with the big guys. As Peter whiles away his days chasing after petty thieves and trying to keep his high school life together — schoolwork, crushes, after-school clubs, and keeping Aunt May from having a nervous breakdown — he stumbles across a few bad apples around the city using incredibly powerful weapons that he’s never seen before. Taking matters into his own hands to prove his worth to The Avengers, Parker inadvertently finds himself going up against Adrian Toomes, an underground arms dealer with a grudge against superheroes, and the willingness to do whatever it takes to protect both his operation… and his family.

Spider-Man: Homecoming nails just about everything. After five movies of having Peter struggle with whether or not being Spider-Man is really worth it, this incarnation of the character genuinely loves being Spider-Man and wouldn’t give it up for the world. Combined with the modern, high school vibe that Jon Watts captures effortlessly, the film is light and airy, but never loses sight of the stakes. Well-paced and featuring some very nicely choreographed action sequences, Homecoming zips along and never threatens to bog down.

The only real issue the movie has is one I didn’t expect to find in an MCU movie: it doesn’t really “get” Spider-Man. For one thing, this version of the character has no Spider-Sense, a hallmark of Spider-Man that’s just as integral as swinging from webs and climbing up walls. The film also robs Peter Parker of his penchant for inventions; while he’s still a genius who loves science and math, he never really builds anything and relies on the good graces of Tony Stark to provide him with multi-millionaire dollar prototype suits that he then struggles to understand how to use. The film is at its weakest when it relies on comedy to show how inept Spider-Man is at using a suit he had to essentially jailbreak in order to use. This isn’t what the character should be, and it’s unusual so see an MCU film get something so fundamental… so wrong.

Homecoming also pulls one of those increasingly annoying moves in which a character throughout the movie reveals him or herself to be an iconic character from our hero’s lore. It happened in The Dark Knight Rises (“jk I’m Robin”), it happened in Skyfall (“jk I’m Moneypenny”), it happened in Iron Man 3 (“jk I’m Mandarin”), and it happens here again. Not only is this instance the weakest one yet, but it’s pointless and serves no purpose other than to try and pull the rug out from the audience — even though most discerning fans will spot it coming from a mile away.

But these are relatively minor complaints, and frankly, are the only things I could come up with to criticize. That says a lot about how great everything else is. The cast deserves props, too, with the young actors doing great work in their roles. Holland proved that he could handle Parker/Spidey in his brief sequence of Civil War, and he does nothing to dispel the trust we, as an audience, have placed in him. I still prefer Maguire overall but Holland is damn close and could easily overtake him by the end of his tenure. Batalon, Harrier, and Zendaya are also good. Tomei makes the most of her limited screentime, as does Downey, who’s in the movie far less than the marketing would have you believe (thankfully). Jon Favreau shows up as Happy Hogan, mainly for comic relief.

Special mention must go to Michael Keaton, who’s work as Adrian Toomes/The Vulture is great. He’s smart, ruthless, and genuinely terrifying. The performance and the writing combine to make him easily the best villain the MCU has ever had. The series as a whole has had trouble with its villains, often making them forgettable or simply the darker inverse of the hero — Keaton/Vulture is neither. I’ve never been the biggest Vulture fan in the cartoons/comics, but Keaton made me one, and a late-act twist regarding exactly who Adrian Toomes is delivered a genuine shock, despite the clues being there all along.

Spider-Man: Homecoming will stand up as one of the web-slingers greatest on-screen adventures. It’s the complete package, and the only shame is that it’s taken nearly 15 years for us to experience this kind of thrill with Spider-Man again. I look forward to seeing what’s in store for Spidey as he swings into the rest of the MCU. So far, he’s off to a great start.