Beautifully shot, intricately plotted, well-acted, and propulsively scored, Tenet finds Nolan yet again playing with the concept of time. While the results are undeniably entertaining, the film features both the best and worst of its directors tendencies. The result is uneven but still worth watching.

NOTE: this review will NOT contain any explicit spoilers. That said, certain elements of the story will be discussed at a high level. While I don’t think any of this information will ruin the experience for anyone, those wishing to see the movie knowing absolutely nothing beforehand (and believe me, I sympathize) may want to come back after they’ve seen Tenet.

ALSO: this review is in no way intended to encourage people to go back to theaters prematurely. I am simply reviewing the film. Please make a carefully considered decision as to whether it is safe for you to go back to movie theaters. And if you do, please follow all state and local guidelines regarding face coverings and social distancing.

The Protagonist (John David Washington) is an anonymous CIA agent who is recruited into a secret organization called “Tenet.” He discovers that Russian oligarch Andrei Sator (Kenneth Branagh) is building a doomsday device using technology that causes objects and people to have their entropy reversed. This effectively makes them move backwards in time. With the help of the charmingly resourceful Neil (Robert Pattinson) and Sator’s abused wife Kat (Elizabeth Debicki), the Protagonist must literally race against time to stop mankind’s annihilation. 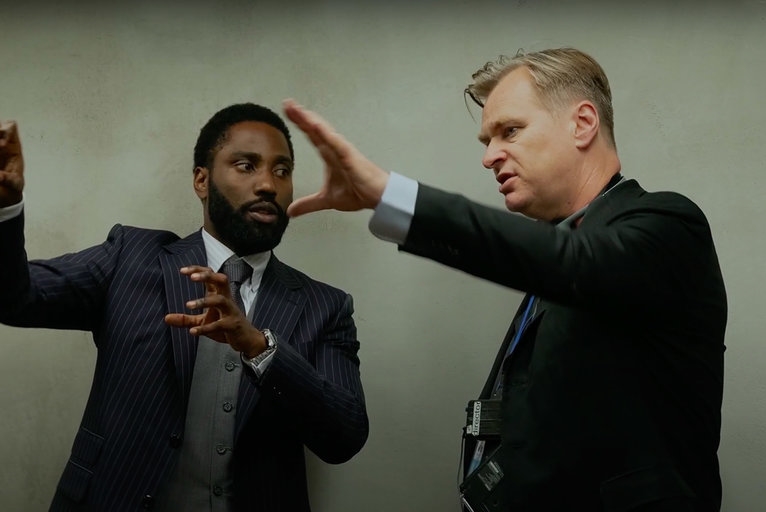 With eleven films now under his belt, Nolan is the rare director known well to both cinephiles and casual moviegoers. Audiences know what to expect from a Nolan project, and Tenet delivers it all in spades. In many ways, this feels like “The Ultimate Christopher Nolan Movie,” with elements of nearly all his previous films coming together in some form or another.

It’s no secret that Nolan’s filmography shows an obsession with the concept of time and how humans relate to it. Whether it’s Guy Pearce’s story being shown in reverse in Memento, Al Pacino losing his mind in the perpetual sunlight of Insomnia, the non-linear origin story of Batman Begins, the time dilation of dream layers in Inception, the effects of space and gravity on time in Interstellar, or the triptych approach to a wartime evacuation in Dunkirk — Nolan has been manipulating time for 20 years now.

Therefore, and perhaps appropriately given the subject matter, there’s a sense of deja vu to certain elements of Tenet. Though an original production, those familiar with Nolan’s work will likely guess some of the film’s twists well ahead of time. None of this is fatal, but it does show that Nolan is perhaps in need of a new trick. More frustrating is that, like his last few movies, Tenet’s sound design makes expository dialog incredibly difficult to understand. The movie can still be understood in a general sense, but the specific rules of what’s being shown are not always clear.

In films like Inception or Interstellar, this isn’t such a big deal because there’s an emotional through-line that audiences can still follow even if they can’t wrap their heads around the dreamscape of space stuff. But Tenet’s emotional center is hollow, if admittedly by design. An espionage thriller at its core (even more so than Inception), perhaps the movie isn’t really meant to make you care about any characters other than The Protagonist, the same way audiences largely don’t care about any of the characters in a James Bond movie except for, well, James Bond.

But that leaves the mechanics of the plot as the only thing to latch onto, and this feels like the first time Nolan ends a movie with questions that aren’t stimulating so much as dumbfounding. When I left Inception and Interstellar, I found myself asking questions that felt invigorating. After Tenet, the questions I asked had to do with whether the inherent fabric of the movie made any sense at all.

Of course, the movie is pure nonsense, and Nolan even has a character tell The Protagonist not to try understanding it. “Just feel it.” So yeah, in that sense, the movie more than hits its mark in terms of feeling the spectacle rather than understanding the pseudo-science. But I thought we’d come to expect more from the man heralded as arguably the best popular filmmaker since Steven Spielberg. 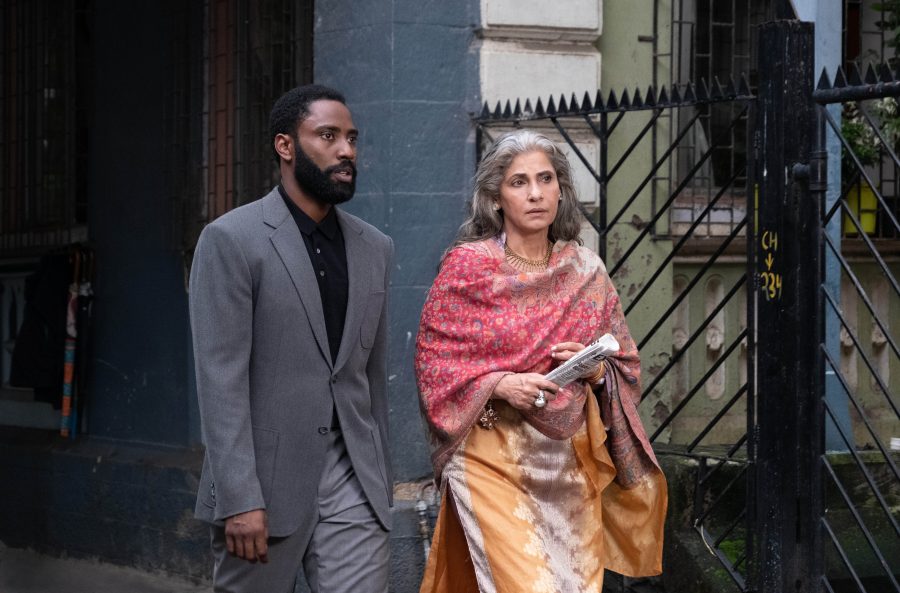 The cast is faultless, with Washington proving more than capable of shouldering a big-budget film on his own. Pattinson gives a fun performance as Washington’s right-hand man, while Debicki gives arguably the best performance in the film as an outwardly shattered woman still holding on to strength for the sake of her son. Branagh recycles the Russian villain he played in Jack Ryan: Shadow Recruit, this time upping the scenery-chewing ante to amusing effect. Other actors — Bollywood legend Dimple Kapadia, up-and-comer Himesh Patel, Golden Globe-winner Aaron Taylor-Johnson, and Nolan staple Michael Caine — provide strong support in small-but-pivotal roles. 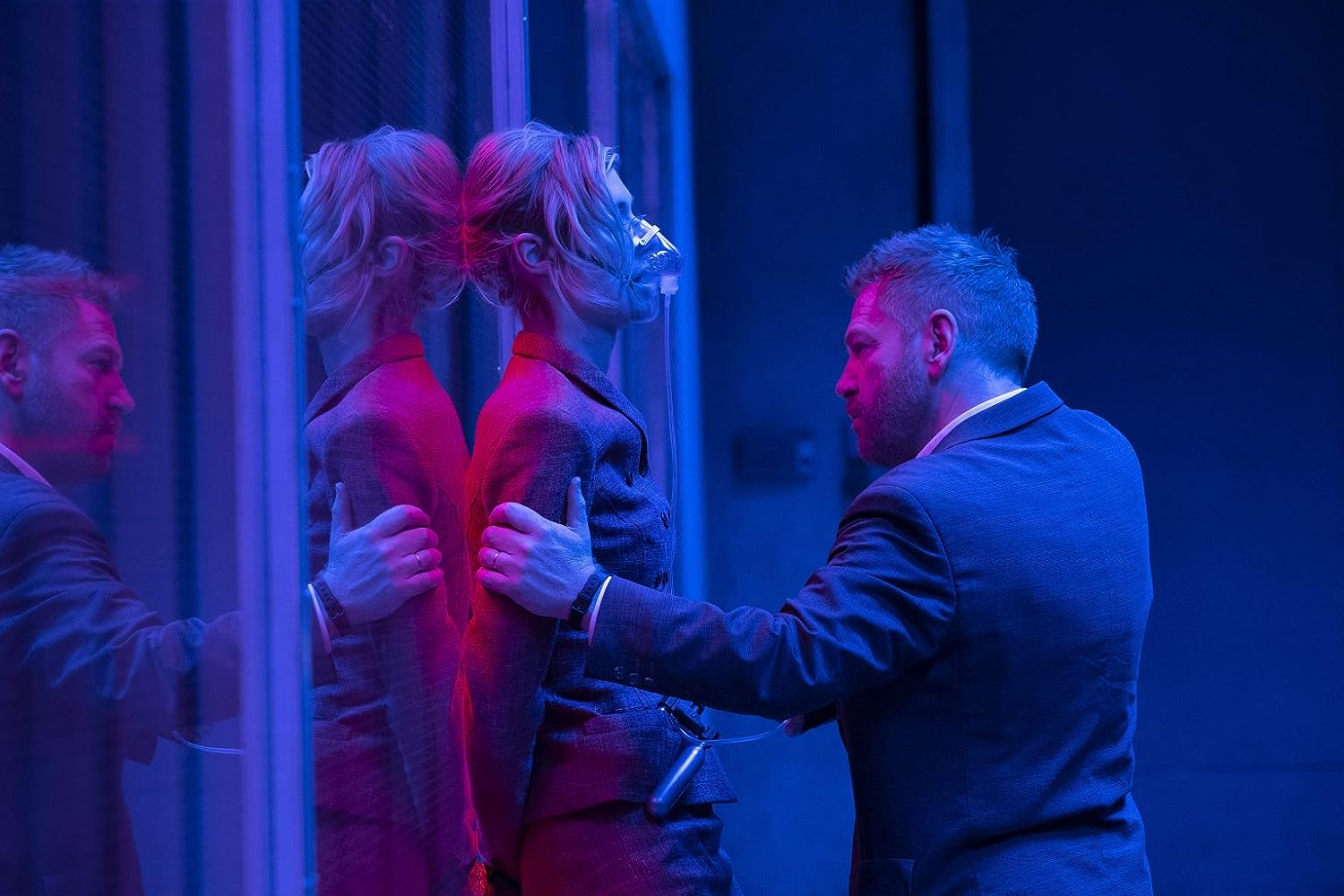 As mentioned earlier, sound design continues to be an issue for Nolan, though I hardly believe that’s the fault of the mixers and editors. Cinematography by Hoyte van Hoytema (Interstellar, Spectre, Dunkirk) is faultless. Ludwig Göransson’s (Oscar-winner for Black Panther) score is perhaps the best Hans Zimmer impression I’ve ever heard. Nathan Crowley’s production design is strong, and editing by Jennifer Lame (working with Nolan for the first time) is tight despite the 151-minute runtime.