Michael Showalter’s follow-up to The Big Sick is decidedly less ambitious. The Lovebirds capitalizes on the chemistry and comedic chops of its two appealing leads, but its trite screenplay bogs down what’s otherwise a pretty funny R-rated comedy. 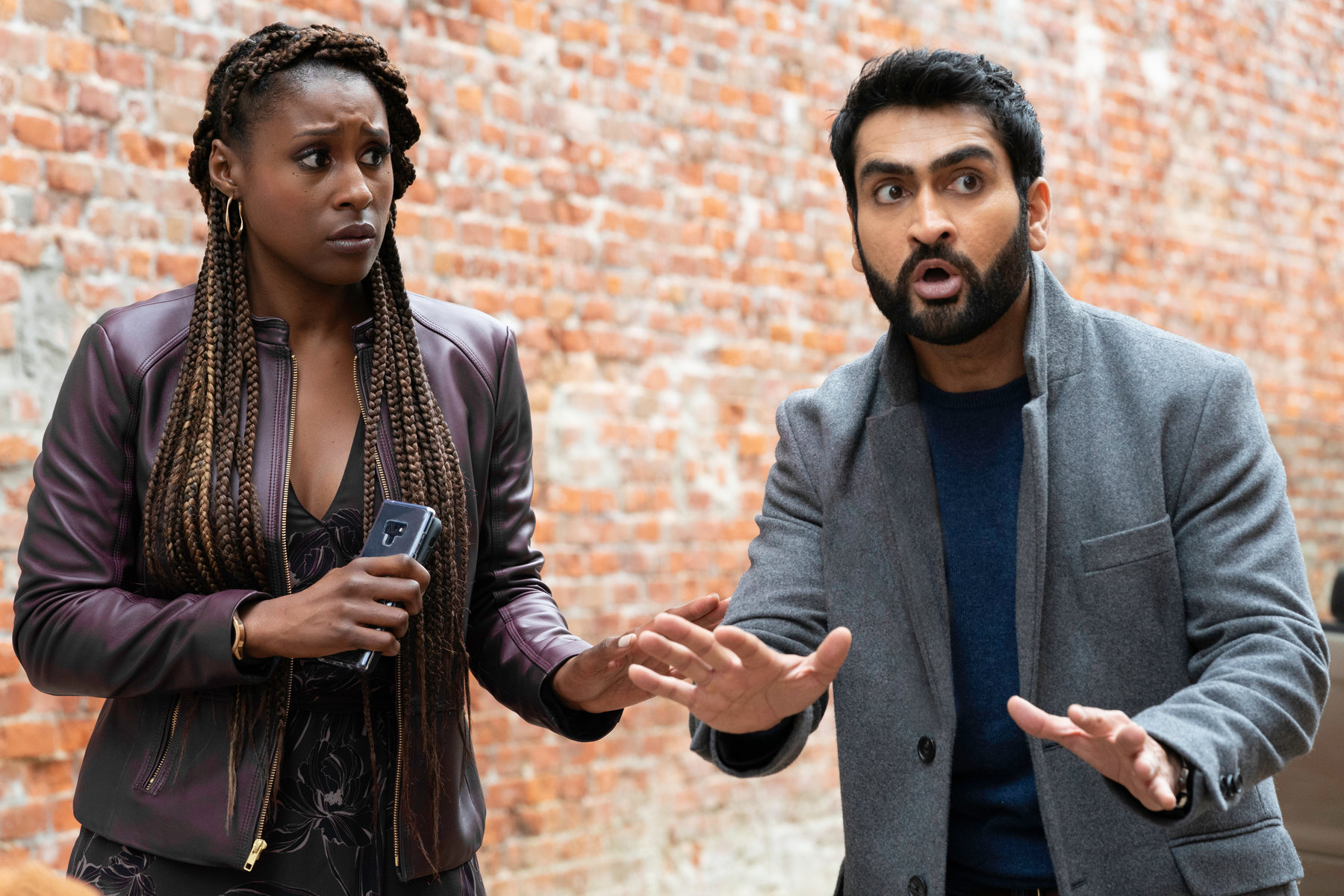 After four years together, New Orleans couple Jibran (Kumail Nanjiani) and Leilani (Issa Rae) realize that their relationship has hit a dead end. Moments after breaking up, however, they stumble into a violent crime scheme. Bike messengers, frat boys, and an Eyes Wide Shut-like sex cult threaten their lives over an eventful night.

Showalter has a knack for comedy, and he lets Nanjiani and Rae do their thing. Not only are the two gifted comics, they exhibit enough chemistry – comedic and romantic – to sell their relationship. The problem is that The Lovebirds isn’t very effective integrating the silly comedy with its analysis of a modern romance. Some of what the movie has to say about today’s relationships is surprisingly sharp. Particularly noteworthy is a conversation between Rae’s character and a friend at a dinner party regarding the truth about the latter’s sex life. But more often than not, this material gets in the way of the genuinely funny hi-jinx. With such a predictable plot and rote character development, the comedy is the only thing to really keep the movie afloat. Taking any time away from it hurts the final product.

As mentioned, Nanjiana and Rae are very good. So good, they single-handedly make The Lovebirds worth watching at least once. Having never seen Rae before (I haven’t seen HBO’s “Insecure,” though it’s on my list now), she clearly deserves all the raves she’s received for her work on that show. Nanjiani is his usual reliable self, one of the modern masters of comic timing and hysterical facial expressions. Technical aspects are what you would expect from a modern romantic comedy: good enough, but unexceptional. The editing keeps things moving at a quick enough pace. Had this been released to theaters, I’m sure The Lovebirds would’ve been lost amid a crowded multiplex marketplace. On Netflix, the movie can find the right audience for its particular brand of comedic quirks. It’s not a great romantic comedy, but for a night in during these locked-down times, it’ll more than do.