This Is the Police is an unusual game for many reasons. Technically, the game is a straightforward real-time resource management game. The player plays as Jack Boyd, the police chief of Freeburg. And the game mechanic is pretty simple: crimes pop up throughout the city, and you send your officers to deal with them.

On the narrative level, This Is the Police is far less straightforward. The game opens up with Jack Boyd’s deputy losing his job in the wake of a corruption scandal. Boyd has lived his professional life on the straight and narrow. He’s tried to be a good cop, even if he couldn’t be a good man.

But Boyd is sick of the corruption that has infested his city. He has lived his life watching people around him get rich from doing the wrong thing. So, with six months left until retirement, Boyd has decided that he wants to put away a $500,000 nest egg. And if that means committing crimes, then Boyd is ready to break bad.

That is the best way to understand the game. Weappy Studio, an indie game company, based in Minsk, Belarus, draws more on The Wire or Breaking Bad than on any video game I’ve ever played. The game features beautiful cutscenes that drive home the point that Jack Boyd tries his hardest to be a good man. Then the game turns around and asks us to turn Boyd towards the opposite end of the moral spectrum.

In the most extreme play-through of the game, this means getting into bed with the mob. It also means calling in hits on officers in your employ, paying officers to rat on each other, or turning a blind eye to certain crimes. It’s true that most video games ask the player to commit to some level of moral duplicity. But it just feels especially evil to push a man who has spent his entire professional life enforcing the law into a life of crime and corruption. 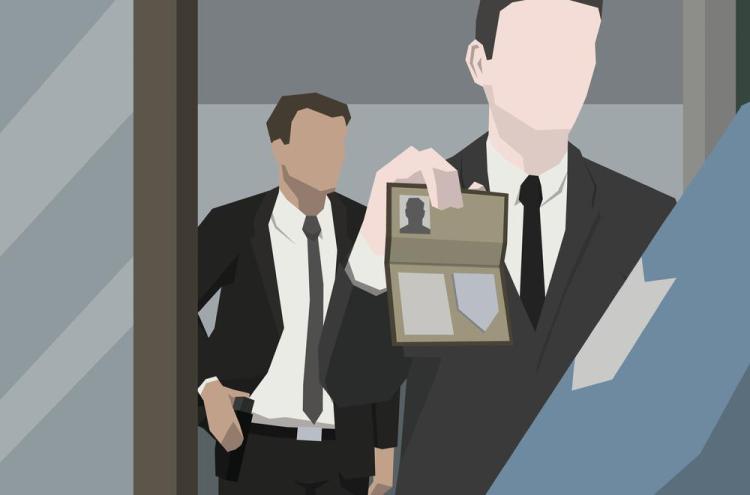 Then there’s also the other extreme, in which the player can attempt to make it through Jack’s final 180 days without breaking the law. Though, honestly, good luck with that. It wouldn’t be much of a game if the player could just skirt through without any tough decisions. Only a few days into the job, a white supremacist group begins threatening all black police officers. The mayor instructs you to fire all black officers “For their own safety.” That is just the first of dozens of hard choices This Is the Police puts to the player over the course of the game.

If that account doesn’t underscore the feel of the game, then maybe it’s also worth pointing out that almost every person you interact with in the game is equally, if not more corrupt than Boyd. All of these factors come together to make virtually every decision in the game challenging. There’s no easy way to get through This Is the Police.

One of the biggest detractions from the game is that it is repetitive. And that’s certainly true. Going through the same game mechanics of the course of 180 in-game days is a little droll. The game subjects the player to difficult moral decisions throughout that period, but that doesn’t ease the grind. In fact, it typically wore me down more quickly. 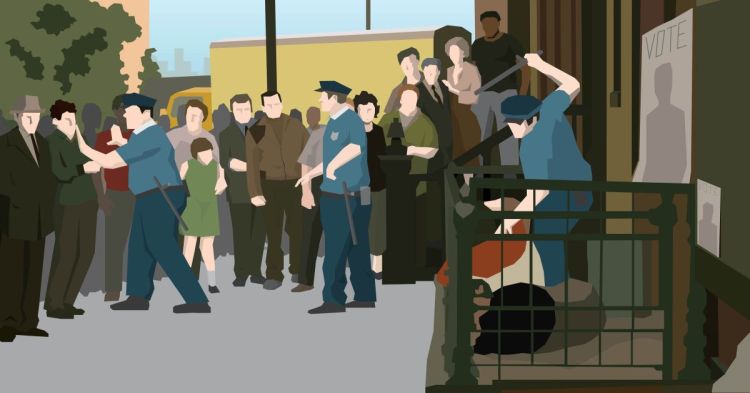 The thing is, This Is the Police doesn’t shine as a video game. It’s an entirely adequate video game. But it shines as a piece of character drama. It is the obvious heir to popular dramas, like Breaking Bad, which have made this kind of story a mainstay in our modern culture. No matter whether the player plays Boyd as entirely innocent, absolutely corrupt, or anywhere in between, the plot of the game is fascinating. If This Is the Police were a Netflix series and not a video game, it would be the most binge-able show in existence.

As a game, This Is the Police leaves something to be desired. The gameplay is not thrilling. It plods through its 180-day story in a way that makes us sympathetic to Boyd who himself is counting down to his retirement. But as a piece of drama, which makes us consider dynamics of power in our society and look deeper to understand the characters in its world, This Is the Police is utterly divine.