The latest in a seemingly endless line of low-budget, Gerard Butler-starring action movies, Hunter Killer offers perfunctory entertainment but never comes within shouting distance of the best submarine-centric movies out there.

A United States submarine shadowing a Russian sub goes missing, prompting the Joint Chiefs of Staff (led by Gary Oldman) to send the USS Arkansas to investigate. Rear Admiral John Fisk (Common) sends Commander Joe Glass (Butler) to head the Arkansas, uncovering a plot by internal dissidents to kidnap and possibly assassinate the Russian President in the hopes of starting a war. When Glass finds another downed Russian sub and rescues its captain (the late Michael Nyqvist), it becomes a race against the clock as US ground forces (led by Toby Stephens) attempt to rescue the Russian president while those in the water and the Pentagon try to avoid starting a world war.

Director Donovan Marsh deserves credit for knowing what kind of movie he’s making. Hunter Killer isn’t interested in subtlety or real-world geopolitics; it’s about action, and devising ways to create ridiculous situations that provide fertile ground for big-screen action. The script often plays like a “Greatest Hits” album of other submarine or military-themed action movies: The Hunt for Red October, Lone Survivor, even the “Bourne” films. Marsh’s staging of the submarine sequences is good, but he fails to keep the same amount of tension during ground combat scenes and those within the War Room. 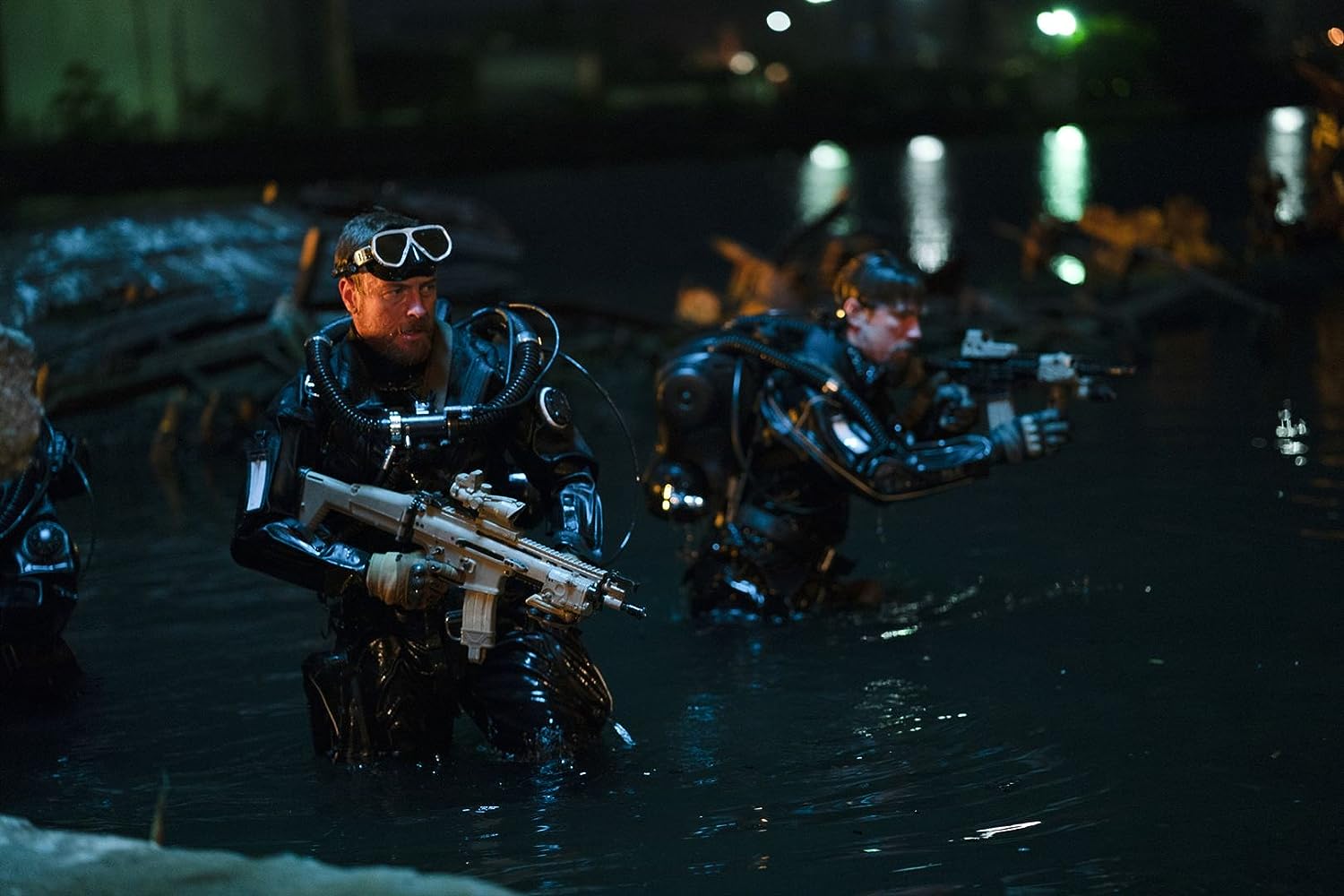 Character work is also shaky, with everyone defined as a pre-existing archetype and no internal growth experienced whatsoever. Butler seems fully invested, as he often is (for better or worse), while Nyqvist, in what must’ve been one of his last performances, provides respectable stoicism as a Russian submarine captain. Oldman is cashing a paycheck; even with his new Academy Award, he’s proven that nothing’s beneath him if enough money is offered. Common and Linda Cardinelli (as an NSA analyst) are unremarkable. Stephens and his crew provide a nice spark of chemistry in their scenes.

Hunter Killer was made on a relatively low budget, and it shows with passable-at-best CG work during the submarine sequences. These are already the best parts of the movie, but had they been given a little more technical attention, they could’ve been truly great. Cinematography is fine, editing keeps the action mostly coherent and the story moving along at a nice clip until towards the end (shaving about ten minutes off of the final runtime wouldn’t have hurt). And despite the relationship between the US and Russia being at the forefront of the news cycle these days, the movie doesn’t play into any of that at all. 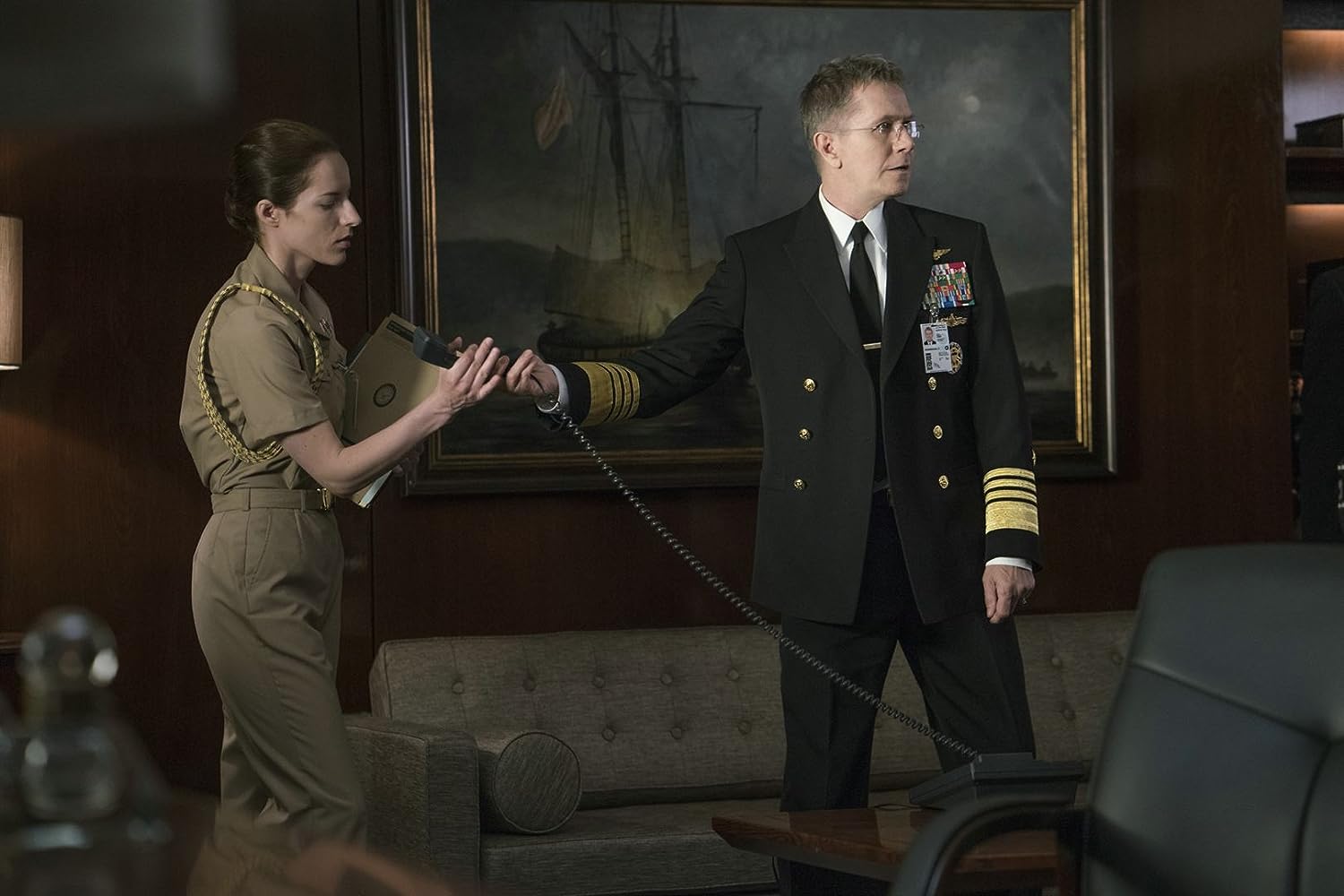 Hunter Killer seems destined to be the kind of movie you’d find on a Saturday afternoon while flipping basic cable channels. I don’t mean that as an insult necessarily; not everything needs to be an “event” picture or a new classic. The 1980s and 1990s were full of movies like Hunter Killer: movies that provide sufficient escapism for two hours and evaporate as soon as the credits start rolling. There will be those who enjoy Hunter Killer for what it is, and I suspect those people already know who they are. It’s dumb, it’s loud, it’s a little too long, and there are better ways to kill time at a movie theater — but there are worse ways, too.